PID is a phenomenon that negatively affects the cells of PV modules.
It is a process which occurs only a few years after installation.
PID causes an accelerated degradation in performance which expands exponentially.

Detecting PID on a PV system by comparing output data, is very difficult. After all, the solar irradiation depends on the place and time of measurement.
In general, the Performance Ratio (PR) of a PV park will decrease by 2.5% to 30% when PID occurs.

STRENGTH OF THE PID EFFECT 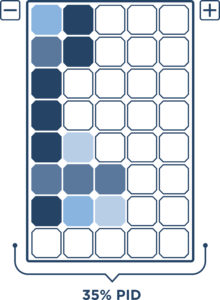 In a string of PV modules, the PID effect is stronger in panels that are closer to the negative side of the string. After all, the negative potential with respect to earth is the highest at that side.

There are indications that many cell types are sensitive to the exposure of a large negative potential. The structure of the cell itself has an influence on the PID process. This is due to the density of the charge carrier of the silicon used, and the chemical composition of the ARC (Anti-Reflective Coating) layer on the cell.

The used materials also play a role. This includes, among other things, the chemical composition of the used glass and the EVA in which the PV cells are encapsulated.

The maximum negative potential to which the PV cells are subject plays an important role. This depends on the number of panels per string, the inverter type and the earthing of the PV field.

For solar panel owners, neither the PID effect, nor its impact on the output of the PV system is immediately visible. Therefore, a PID Check is the best guarantee to timely detect PID.

Amongst the external factors that cause PID are temperature and humidity. 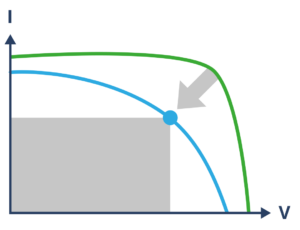 When PID is detected at string level, there is a clear difference between the beginning and end of the string of panels. A typical random chessboard pattern will be visible for panels that are nearest to the negative side.

If PID occurs at cellular level, this will affect the performance of the PV module. This clearly results in a shift of the IV curve, where the Maximum Power Point (MPP) of the module will be shifting downwards. As a result, the transformation of sunlight into electricity will be less efficient. 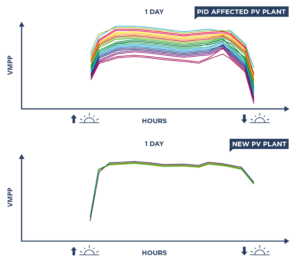 Another way to detect PID on a PV system is through online monitoring system, although is very difficult and the phenomenon is visible when the PID has already significant effect entire strings.

The following graphic shows how PID in an advanced stage looks like during the day: 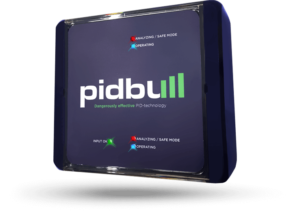 Pidbull is the patented solution of Edison Energy.

If you are in doubt, you can use Pidbull to test the extent in which PID is present in your solar park. Pidbull then completely solves the problem and ensures the highest possible output.

If you prefer absolute certainty, you can profit from the preventive effect of Pidbull. In this case, your yield will never decrease because of PID.